A few days ago I shared the first photos of our driving, hiking and sightseeing nature trip to Yellowstone and Grand Teton National Parks. Many exciting adventures, but certainly some of the highlights were our encounters with various black and grizzly bears, especially the Mama bears and cubs. Upon first sighting them, some so close, of course I was freaked out with fear and lots of excitement but I was also eager to take and share photos of those magnificent bears with you all....so, with all my "Bandoola Blood" :D pumping courage, I aimed my camera lens and hit the shutter over and over with each encounter.

Taking photos of wildlife is fun and memorable but also simply watching and learning about them and what's going on in the surrounding wilderness is critically important for their survival and for ours. As the Parks create necessary protective wildlife habitat they also pose safety regulations for humans. We try our best to maintain required viewing distances, especially when hiking out across the hills and meadows, however when viewing from the car and the wild animals decide to come closer or pass around us, sometimes even surrounding us, it was difficult or impossible to move, so we found it best to just close the windows, stay put and observe.

The first several times, whether the bears were close or far away, I was ready to grab my bear spray ( like an old western movie cowboy grabbing his gun) and slowly back away while making a fog, being sure not to spray into the wind. :D After the bears passed by I would laugh at myself but the experiences will stay with me for a lifetime.

One of our bear encounters was with a year or two-old bear cub who passed right in front of us while we were resting and enjoying the mountain views. Usually, when there is a cub, Mama bear is close by and very protective, so it is wise to keep her from getting angry and simply stay far away from her cub. After all, who wants a defensive, angry bear that can run between 30-40mph, weighs between 300-600 pounds, stands up to 8 feet tall, chasing after them?

Another funny experience was watching a Mama Griz with her two cubs. One little cub was always running around playing and not listening to Mama, the other one stayed right next to Mama the whole time, about an hour or so that we watched. The little adventurer was constantly being scolded by Mama to the point where she would go grab it in her mouth and carry it for a bit.
We also saw another Mama black bear with a small bear cub climbing and playing around a tree, just like a Sein Myauk Myauk. The little cub even seemed to pose for a few photos...so cute!

Will post another adventure soon, hope you enjoy.
With Peace & Love,
Madi 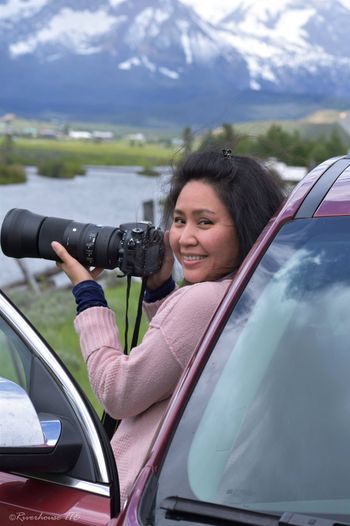 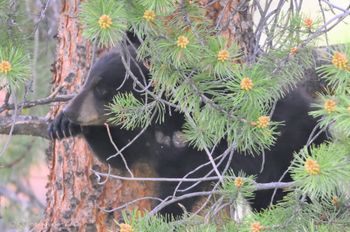 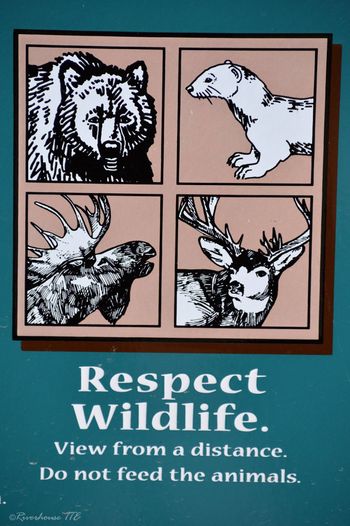 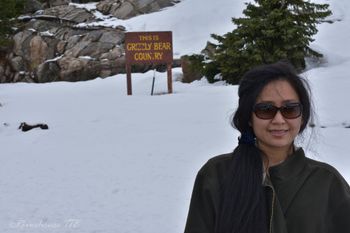 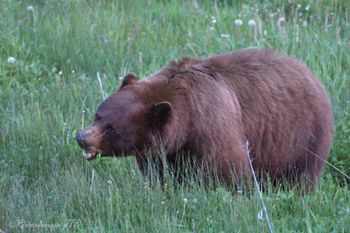 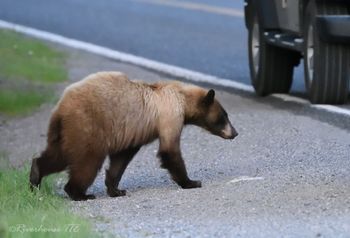 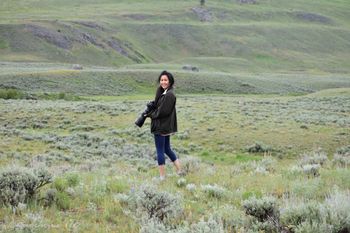 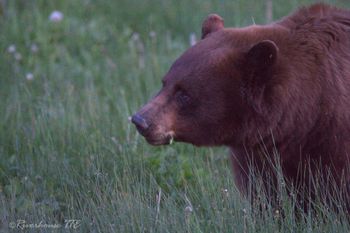 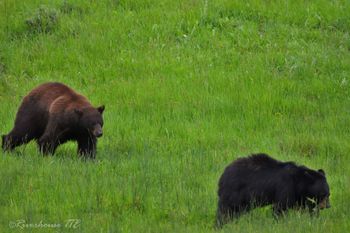 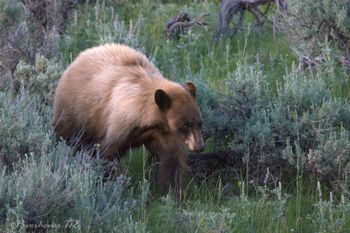 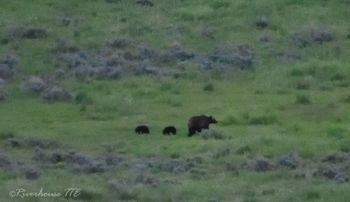 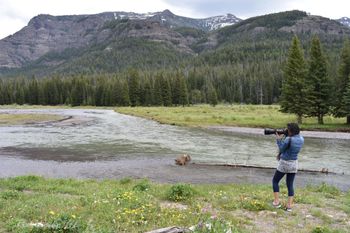